I decided to take a picture of the tree across the street that has begun the "change". But when I did, this is what it turned into. I left the pitcher in the photo because it has a Magnolia Park connection. Then I noticed the tree was blurry and that is because my camera was set on birdwatching. 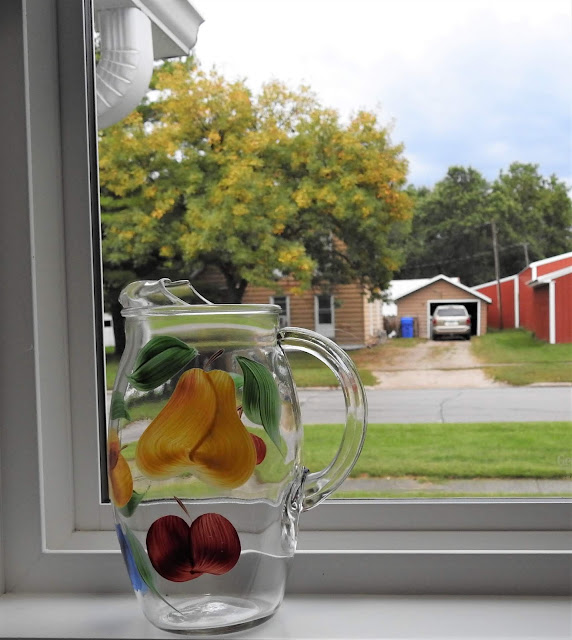 So now you want to know the Magnolia Park connection, right? There are talented people in every park who like to flip park models, mobiles or RV's given the opportunity. Ten or more years ago, an elderly former resident in Magnolia park sold his place to one of those fellows when he no longer wanted it and the flipper took everything out of it before remodeling and invited passersby to take whatever they wanted. I happened to be one of those passersby and I chose this charming little pitcher. Now you want to know who the elderly gentleman was as well as the flipper, right? The flipper was Max Rayburn from Newton Iowa but the gentleman I do not remember but I can tell you he lived on the northeast corner of the intersection of Pecos and Willow. That should help you pinpoint it and the mobile is no longer in the park.
So moving right along, this is a clearer photo of the tree that is going through the "change" in central Iowa. 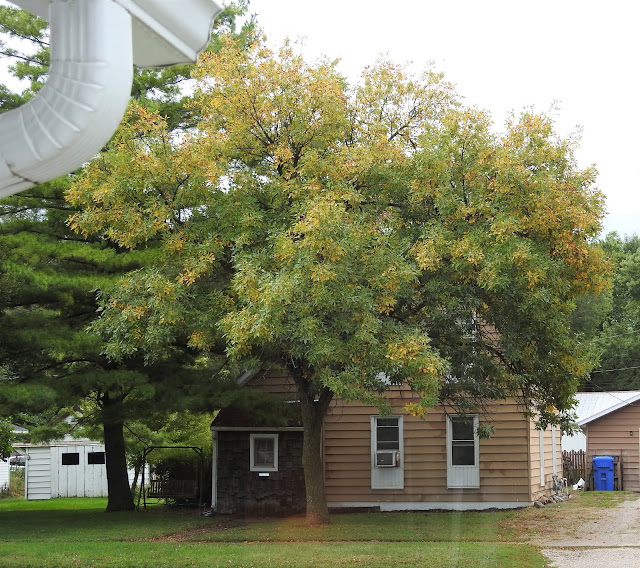 Posted by Barbara Brooker at 9:16 AM