On The Lighter Side

I had an email from Carol and Karl Kapke today and am glad to report that even though Karl had a somewhat tough summer with a couple of surgeries he is back home and doing very well. He was in rehab for a while and did lose a considerable amount of weight but now that he is home has gained five pounds. Carol also had cataract surgery earlier this summer but she didn't say if it was one eye or both. Tuffy Wolfrom along with a friend stopped in to see them a while back and Tuffy is doing fine. We missed all those people, as well as Char of course last season in the Magnolia pool hall where they would gather every night to shoot many games of pool.

Last evening I happened to look outside just as it was getting dark and saw the fog rolling in. I thought it might make a good picture opportunity and this is what I saw. The photos are both just out the patio door with just a slightly different angle on each. 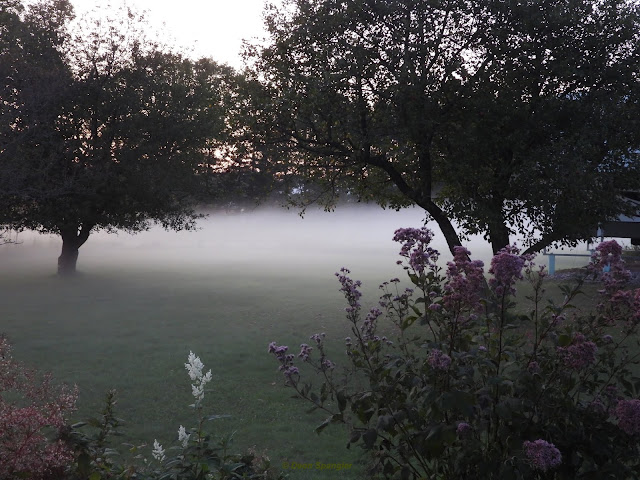 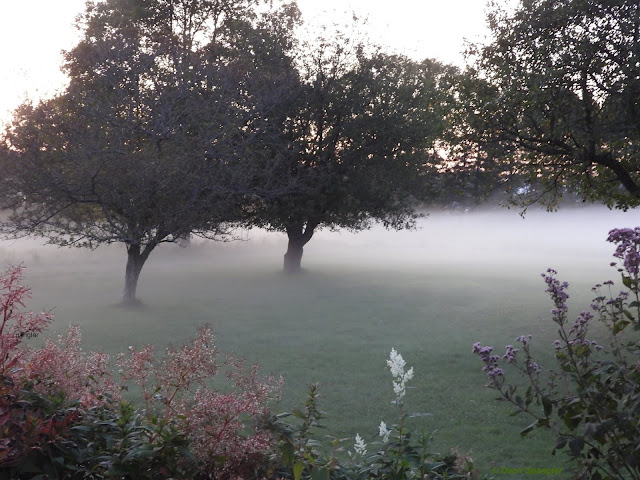 Posted by Deon Spangler at 8:59 PM

I like the focal point of the flowers in the foreground.