Jerry was born on April 21, 1948 in Sunnyside, Washington. He was the son of Kenneth and Margaret (Smith) Walker. Jerry graduated from Jay High School in 1966; he then earned his Bachelor’s degree from Oklahoma State University. Jerry proudly served in the United States Army during Vietnam. Jerry was united in marriage to Kathy Dixon in Miami, Oklahoma in 1984. Jerry served on multiple conservation and fair boards throughout the state of Oklahoma. He enjoyed fishing, hunting, gigging, team roping, traveling and spending time with his grandchildren. Jerry was a member of the Triple Cross Ranch Church.

I have received word that young Jerry Walker has passed away after his long battle with cancer. Obituary when available. 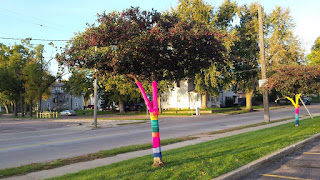 I had to stop and take a picture of these trees all dressed for winter!  I found them on the way to the hospital in Sioux Falls.....closer look proved the "underwear" was knitted and sewn in sections;  each branch was a different piece added.  I bet it is really pretty when snow is on the ground!
Posted by Kay Voss at 1:05 PM No comments:

Here are pictures of the crafters who have had busy fingers throughout the year. 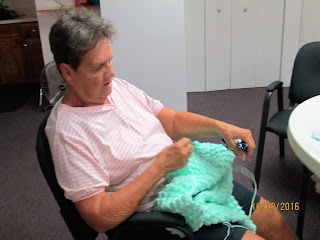 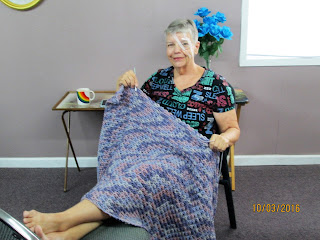 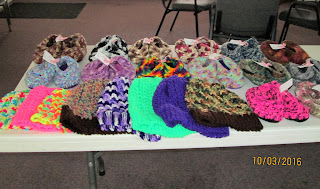 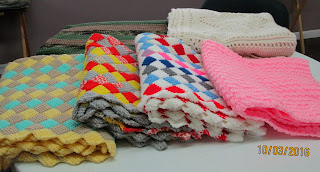 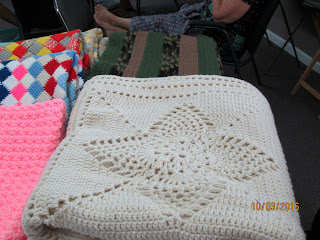 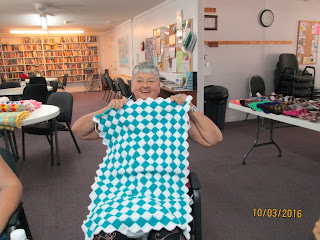 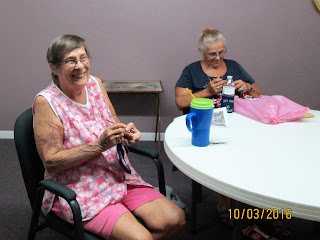 Posted by Barbara Brooker at 11:05 AM No comments:

"Virginia is going thru some health problems right now. She would really appreciate your prayers. Good luck  Ginnie and with the help of the Lord we will see you this winter. Please be sure to pray for her."
Posted by Barbara Brooker at 12:33 PM 1 comment:

Magnolia has a Party

Anita Nelson and Clarence Cooke share a birthday cake with their Magnolia friends on their 90th birthday. 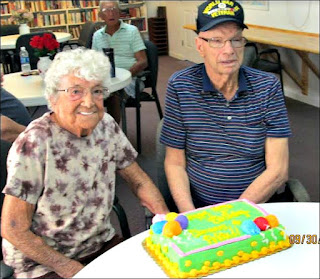 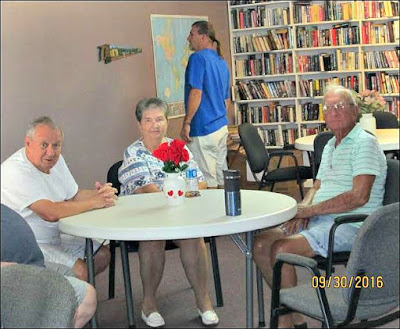 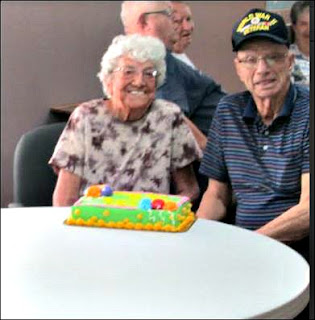 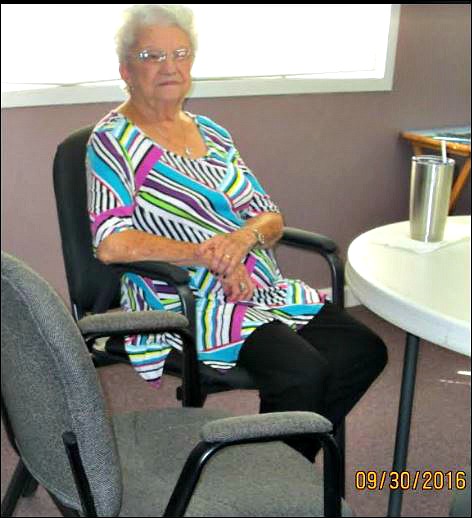 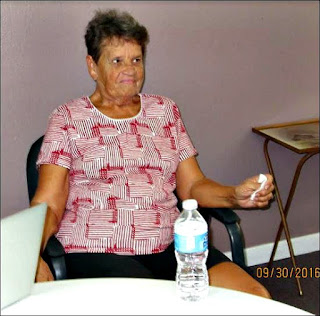 Posted by Barbara Brooker at 8:41 AM No comments: