You remember Bob and Thelma Jordan from Stockton.  After they arrived home Thelma had her check up. She has had cancer before. Any way it had come back. She is finished with the kemo but isn't very peppy yet. I am sure she would enjoy getting mail from the folks at Magnolia Park.  If you would  put it on the Magnolia Blog I would sure appreciate it. Their address is Thelma Jordan 350 Front Ave.  Stockton, Illinois 61085.     Thank you so much.  Mary 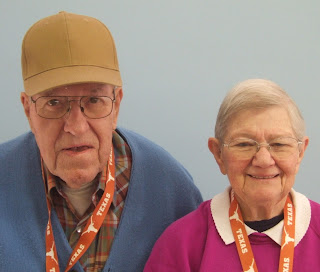 And Barb adds: It is always good to hear from any and all of you so do not hesitate to send me things.
Posted by Barbara Brooker at 7:25 AM No comments:


Tony J. Spagnuolo
Tony J. Spagnuolo Tony J. Spagnuolo, after five long years waiting to join his beloved wife, Josephine,
passed peacefully in his chair looking at her picture, Saturday, August 25, 2012. Born April 15, 1917, he
spent 95+ years on this earth. Our father was a holy man, devoted to his Catholic faith, the rosary, and his
family. He was loved by those who were blessed to know him. For his children, grandchildren, great/great
grandchildren, he left behind a legacy of how to love. Although he missed our mother greatly after she
passed, he kept her memory alive each Sunday at dinner with his family. He will be missed greatly. Tony
served proudly in the Army during WWII, landing in Normandy D-Day plus 6, and engaging in battles in
Northern France, Rhineland Germany, and Central Europe. He received a Good Conduct Medal with clasp,
American Defense Service Medal, European African Middle Eastern Service Medal with four Bronze
Service Stars. When asked if he saw Europe, he responded, "Yes, I walked across France and Germany". Survivors include their
three children: George, his wife Leslie, Richard, and his wife Nikki, and Rosie and her husband Bill Bickert. Surviving grandchildren
include Tony (Rocio), Cassandra, Misha, Raquel, (Bruce), Tiffany, Richard, Charity, Michael (Kathy), and Daniel (Kitti). Great
grandchildren include Joshua, Shana, Lucas, Jason Daniel, Gavin Michael, Cody, Andrea, Anthony, Max, Christian, Cameron,
Cheyenne, Bryce, Greylynd, Sariah, Morgan, Ethan, Catarina, Nicholas, Nathan, Kiara (deceased angel), and CJ. Great-great
grandchildren, include Juliana and Hailey. Visitation will be on Thursday, September 30th at Chapel in The Pines Funeral Home
from 2:00 - 4:00 and 6:00 - 8:00 with the Rosary at 7:00. Funeral will be on Friday, September 31, 2012 at 12:00 noon at
Immaculate Heart of Mary Catholic Church with a lunch immediately following. To leave online condolences visit
www.chapelinthepinesfuneralhome.com.

Posted by Barbara Brooker at 9:20 AM No comments:

Just a little note to catch up on updating news....so many of you have sent cards, made phone calls and emailed me and I am behind on answering back. Thanks again for all your thoughts, prayers, cards and calls. DAD was taken to the hospital by ambulance this past Thurs. He had picked his incision from the pacemaker site open. We all decided to have the pacemaker removed, which they did on Fri. This had been an ongoing problem with him. He also
has infection in his blood....which they are giving him IV antibiotics for. He is doing much better and if all goes well he will be going home to his new assisted living home in a couple of days......One thing about it....Life sure has been interesting these past few months....but the Lord gives us strength to get through it all. Hope you all have a great Fall !
Posted by Barbara Brooker at 2:08 PM No comments: 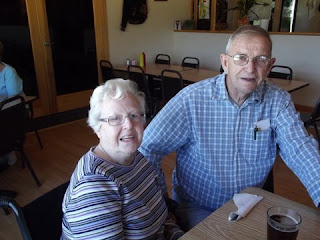 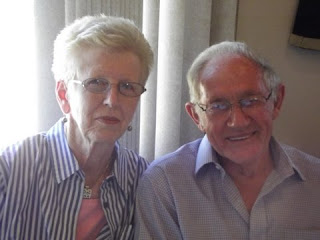 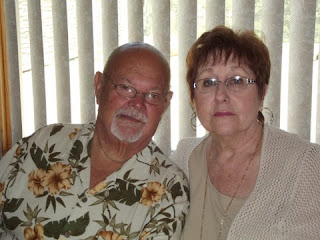 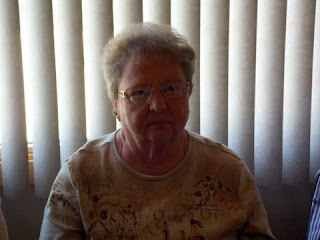 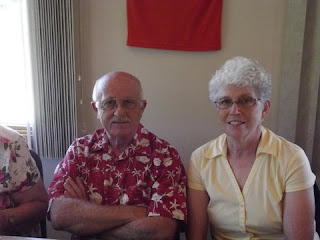 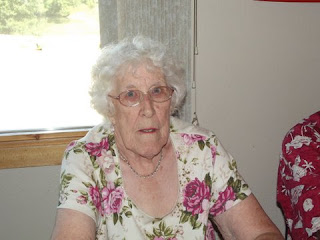 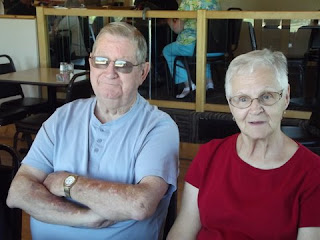 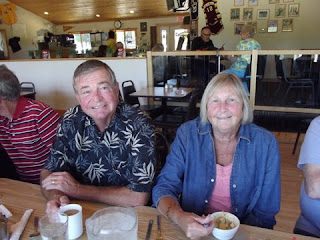 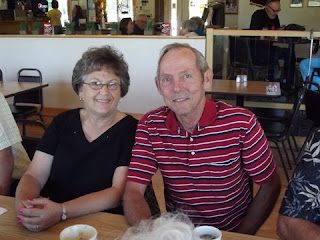 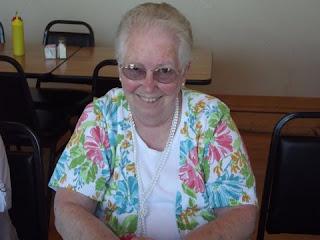 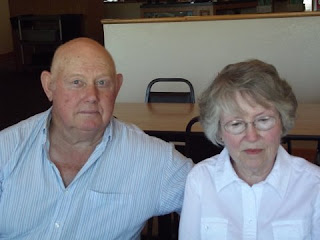 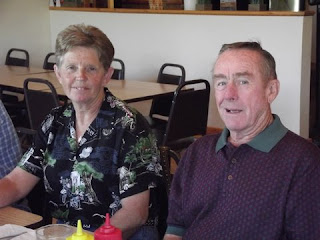 Kathy and Don
Posted by Barbara Brooker at 8:57 AM No comments: 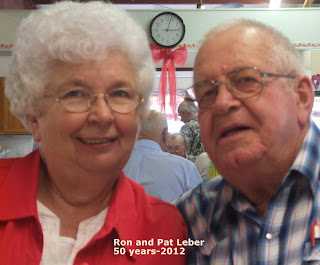 After I thought about it I remembered I had a recent picture of Ron & Pat
.
Posted by Barbara Brooker at 3:57 PM No comments:

Just a little note to catch you all up on my Dad. It has been a difficult time for Dad this past month....he misses Mom so much....he can't stay alone as he is having some issues with alzheimers.....had to give up his car also.....so he's not been real happy........but we found him a wonderful assisted living home.....it looks like a huge log cabin in the woods and he is fitting right in with the other residents......loves the home cooking and has lots of independence yet with a lot of help also.......I was able to come back to Ohio knowing he was safe...well fed and in a great inviroment. His new address is 7953 Love Rd.....Benzonia, MI. 49616...Apt. 22.....His phone # 231 882 7906 . Thank you all once again for so many cards, calls and prayers.....you all meant so much to the both of them. Judie ( daughter )
Posted by Barbara Brooker at 3:52 PM No comments:

In the Sioux Falls Argus Leader was a notice about Ron and Pat Leber's open house for their 50th wedding anniversary. It will be August 18th at the Parker Community Building, main street of Parker S.D. from 1:30-4:00pm. They request no gifts, but greetings may be sent to 27690 452nd Parker, S.D. 57053.
Ron and Pat in 2009.
Note: On my agenda is getting an updated picture of the Leber's!-Barb
Posted by Barbara Brooker at 5:29 PM No comments:

Not many old folk around who remember it being done this way. A walk down history lane

http://www.youtube.com/watch?v=AWdFmEskyY0&feature=youtu.be&hd=1
Posted by Barbara Brooker at 4:49 PM No comments:

Eugene D. Person, 89, of Fort Dodge, passed away on Sunday, July 29, 2012 at the Fort Dodge Villa Care Center.
Funeral services will be held on Friday, August 3rd at 10:30 a.m. at Grace Lutheran Church with Rev. Matthew Martens officiating. Burial will be in North Lawn Cemetery with Military Rites conducted by the V.F.W. Post 1856. Visitation will be on Thursday from 4:00 p.m. to 7:00 p.m. at the Laufersweiler-Sievers Funeral Home.
Gene is survived by his, wife Anne, brother Vernon of Dakota City, Iowa and five children including Mark (Maxine) of Jacksonville, FL; Sheree Pandil (Craig), of Omaha, NE; Sheila of Norman, OK; Randal (Adela) of Edinburg, TX; and Jeffrey (Nancy) of Keyser, WV; and two stepchildren, Tom Beadle (Dee) of Monticello, IA, Dan Beadle (Virginia) of Gold Canyon, AZ and 57 grand and great grandchildren. 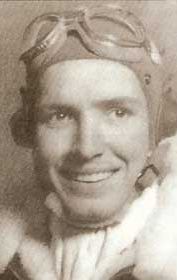 Eugene D. Person was born on March 17, 1923 near Burnside, Iowa. Gene grew up during the Depression, and spent his time hunting, fishing and working on his dad's farm. He graduated from Gowrie High School in 1941 and continued working on his dad's farm until he enlisted in the US Army Air force in 1943. Trained as a flight engineer, Gene flew missions over Germany in a B-24 Liberator and was honorably discharged from service in 1946 when he married Naomi Johnson. Naomi and Gene raised five children in Fort Dodge where Gene was employed by George A. Hormel and Company. Gene and Naomi also owned and operated Fort Dodge Lawnmower Service and Devil Rapids Camps in Saskatchewan Canada. Naomi passed away in 1972. In 1974 Gene married Anne Beadle. Upon retirement from Hormel, Gene and Anne spent a great deal of time organizing and participating in the Iowa Chapter of the 8th Air Force Historical Society, in honor of the 350,000 men and women who served in the 8th Air Force during WWII. Gene was also finance chairman for the memorial, Iowa World War II Freedom Flame located on the State Capital Grounds in Des Moines. At age 85, Gene wrote a book entitled "Gene Person Story: Surviving The Horse & Buggy Days, Great Depression, WW II, & Technology" chronicling these and other events in his life. Throughout his life Gene continued to serve his community in various positions; including founding the Svenska Klubben, "The Swedish Club", in 1976, and also pursuing his love of fishing and hunting with friends and family. His faith in God and our Lord Jesus compelled his service to his church, Grace Lutheran in unison with his other activities. His sense of humor and work ethic will always serve as a model for all that knew him in this life.
Memorials may be left to the discretion of the family.
Posted by Barbara Brooker at 2:18 PM No comments: