For those of you trying to remember or make connections Perry is Connie Dziuk's husband.
Perry Edward Dziuk
January 11, 1942 - Sunday, July 15, 2018

Perry Edward Dziuk, age 76 of Greenfield, passed away unexpectedly at home on Sunday, July 15, 2018. He was born January 11, 1942 in Hancock, Illinois, the son of Charles and Laura (Freer) Dziuk.

Perry graduated from Monticello High School in 1959. He honorably served our country and was a proud Marine Veteran. After being in the service, Perry worked at Rockford Bakery until they closed in 1974. He began his career in 1974 working at Landshire in New Hope, the company later became Stewart then Deli Express in Eden Prairie, where Perry retired from in 2009.

Perry was a member of the American Legion Post 270 in Buffalo, and a member and past treasurer of the Wright Flyers for many years. He enjoyed hunting, fishing, gardening, cooking, remote control airplanes, traveling to Arkansas and digging for crystals, playing blackjack, and he had a huge heart for animals from cats to cows.

Perry’s sense of humor and stories, that may or may not have been true, will be missed by all who knew him. He could talk to anyone he met, and he was known for the nicknames he gave to his family members.

He is preceded in death by his grandsons, Charles Bixler and Travis Monson; parents, Charles and Laura Dziuk; sister-in-law, Pearl Dziuk; and beloved dog, Lucky.

Serving the family is The Peterson Chapel in Buffalo. 763-682-1363. www.thepetersonchapel.com.
Posted by Barbara Brooker at 9:04 AM No comments:

Computer people past and present

If you have taken a class from me at any time or place you may want to take note of this website. I am pointing out that I personally have not had a malware or virus problem on my personal computer for years. Cloudeight has been one of my go-to places to keep me on track for well over a decade. They are to be trusted. ~Barb

Have You Ever Used the Chrome Malware Scanner?


Caught in the Act!! On the trail yesterday helping herself to the corn. 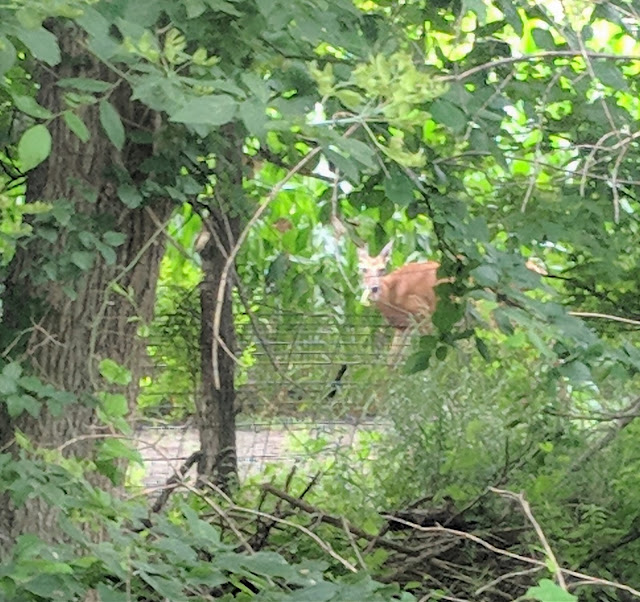 Posted by Barbara Brooker at 8:27 AM No comments:

Kay Voss can can

... and cook and bake and it certainly looks like she is hard at it.
Kay Voss says."I picked a total of 109 pounds ! All the rain helped;  froze many bags and gave away at least half." 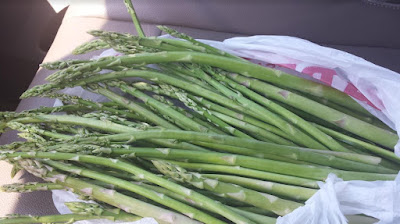 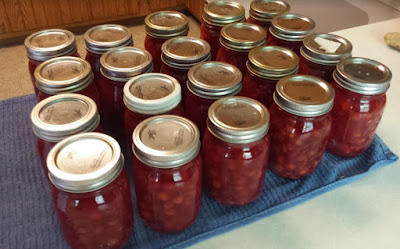 " We have finished butchering our chickens....I canned pieces of meat from the backs/ribs.  7 pints of meat for soups and 5 pints of broth for various recipes" 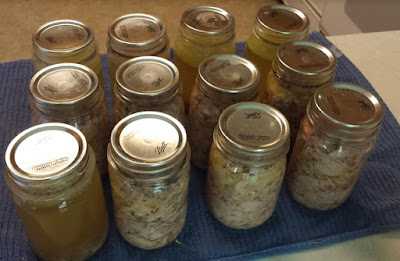 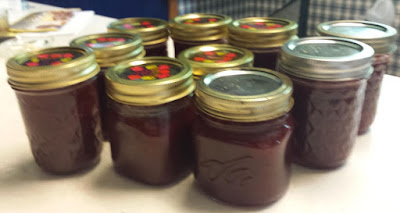 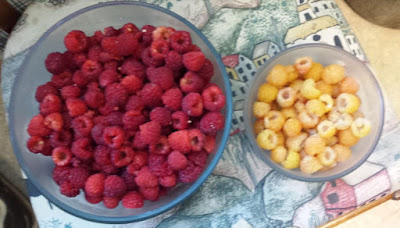 "Today I am taking it easy....this is all I have baked today.   Later I do plan on making chocolate cake, topped with canned cream cheese and canned cherry pie filling on top of that.  Jim is finally starting to feel like eating again, so I am trying to fatten him up a bit.  He is very thin.....what a problem to have!" 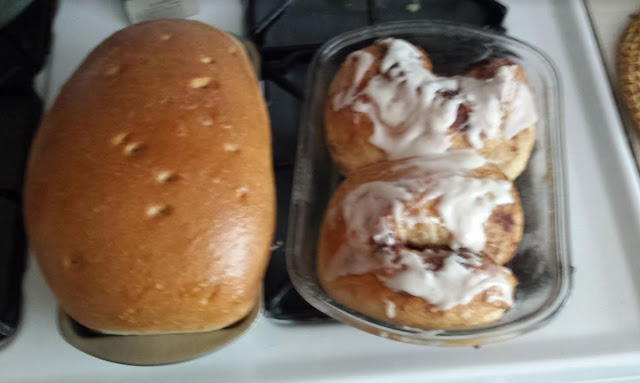 Posted by Barbara Brooker at 9:55 AM No comments:

Dear RV Shrink:
I have to tell you I read your column every week – mostly for the chuckles, but also to see what people are complaining about. I love your line, “Some people would complain if they were hung with a new rope.”

I just wanted to write and tell you how “abnormal” I am. I’m a full-timer with a small retro Airstream. I go wherever the wind blows. I never seem to have any of the problems the other folks experience. I think maybe they are thinking too hard. If I get neighbors with a yapping dog, I block it out. If someone decides to take a shower at the dump station while I’m waiting, I just read a book until they are done. If I get party animals camped next to me, I plug in my earbuds and listen to country music.

Life is too short to sweat the small stuff, and it’s all small stuff. I read that somewhere because I’m just not that creative. Anyway, keep up the good work. Every Saturday morning I love to read about what I’m missing. —Happy Go Lucky in Lake Louise

Dear Happy:
You are a breath of fresh air. You remind me of two kids who were total opposites: one a total optimist and the other a total pessimist. Their father asked me if there was anything I could suggest to maybe even them out a bit. It was near Christmas so I told him to buy the pessimist a fancy new bike with all the bells and whistles. Spare no expense and get him all the options. For the optimist, I suggested he fancy-wrap up a large box of horse manure. I told him that should even them out just fine.

On Christmas morning I happened by their house. There on the sidewalk was the pessimist. I said, “What did Santa bring you?” He said, “I got a stupid ol’ bike with so much junk on it I can’t even find the pedals!” I turned around and the optimist was running out of the house and jumping off the porch. I asked him the same question. He went screaming around the house, “I got a pony, but I haven’t found him yet!”

I think you might be pony boy. Happy travels, as if you need the encouragement. —Keep Smilin’, Richard Mallery a.k.a. Dr. R.V. Shrink
Posted by Barbara Brooker at 11:23 AM No comments:

Just a heads up to all Magnolia residents. It would appear that several of you have had your Facebook account compromised in one way or another. I received a Messenger request from someone who I was already friends with on Facebook. I ignored it for a while because Facebook friends can already message back and forth. Yesterday morning in a weak moment I saw it on my phone and accepted it thinking, ok, now this notification will go away. Immediately, my "friend" said Hey Deon, which I thought was a bit unusual. I asked "her" a few questions and the answers were not accurate and then "she" started telling me how she had $50,000 cash delivered to her and how I could ask for some too. Needless to say, I deleted the entire conversation, then I went to Facebook and unfriended her and then I sent her an email telling her what had happened and told her when she got her account straightened out to send me a new friend request. I also suggested she change her profile photo so that I know it's really her as the messenger request used her Facebook profile picture.

Please, everyone who reads this, whether you are a resident of our park or just a casual follower of our blog, guard your Facebook accounts, as well as everything else, with care. Be careful where you click, have a STRONG password and if your account gets compromised, I think Facebook has a help section where you can get it fixed.
Posted by Deon Spangler at 9:00 AM No comments:

Michael and Carolyn Murray have made a silk purse out of a sow's ear. You can barely tell it is the same place they purchased. I thought you all would enjoy seeing the transformation. 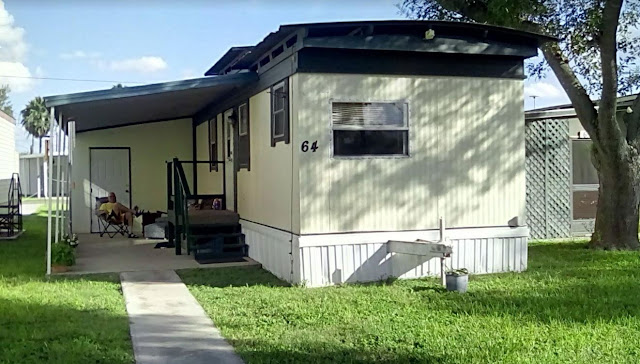 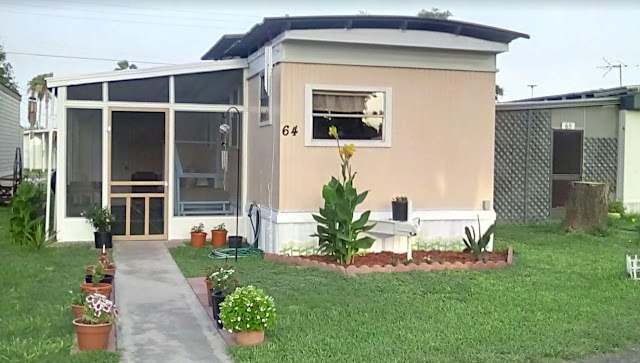 Posted by Barbara Brooker at 8:59 AM No comments: