I received word today from a couple of different people that they are in the process of bringing in more of the new mobiles plus there is at least one little bumper-pull trailer that is also new to the park. Bea had told me when I did manage to talk to her a couple of weeks ago that they hoped to fill up the little empty spots with RVs which would have to be skirted and I believe they are looking for a lease to be signed.

Here are some of the photos that I received and as I understand it there are a bunch more coming in. It would appear that they are going to fill up the RV spots between Center and Pecos with the new mobiles. Bea had told me that if someone had a RV spot reserved that reservation would be honored. Thus far at least they have not parked anything on our spot. I think that perhaps the ones that are between Center and Texas to the east side of Magnolia are probably in their permanent spots, more or less as some are facing Center and some are facing Texas. It would appear they will have two parallel rows of RVs with each row facing the street. The ones that are now parked between Center and Texas to the west of Magnolia Street I don't think are parked permanently from the way they are facing but who knows.

These are parked on either side of Texas but I would think that the two closest to Mike Reddick's van would be turned around as the door is facing the middle rather than the street, The one across from these with the white trim around the windows I think would be parked somewhere a bit west of where Dale & Caroline Eichor were last season. Now, it is entirely possible that all of these will be shifted somewhat but I do think it is pretty obvious that if you are an RVer planning to come to Magnolia Park next season and you did not make a reservation you better check with Bea to see just what the plans are for any site that you may have had in mind. That is of course, if somehow you can get her to answer the phone. 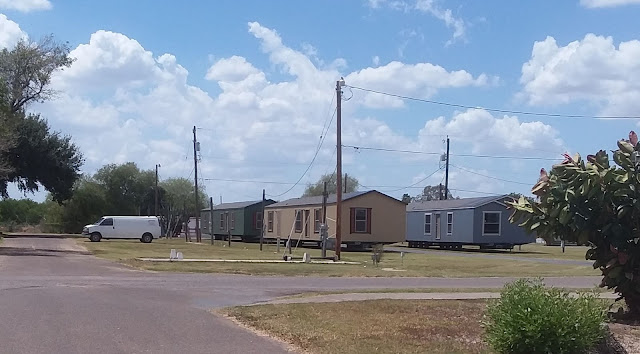 These are parked with one facing Center and you can just see the corner of Al Gehman's house and at the end of the street Dave & Mary Bruun's house is just visible. The other one is facing Texas 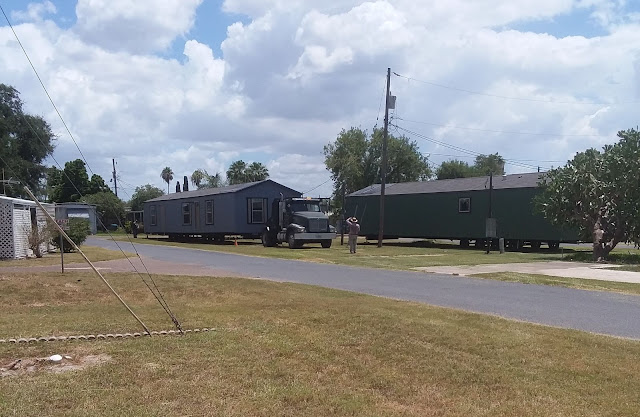 This shows the two you can see in the above photo from a different perspective and you can just see the back of Dave & Sue Greening's RV and the front of Abe and Roxy Wolfe's trailer. 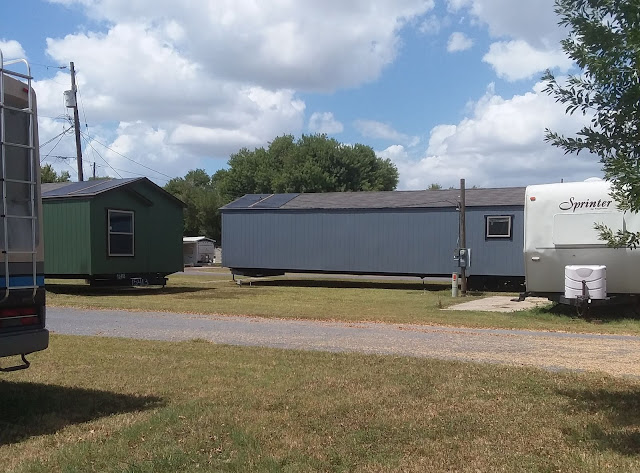 This is the back of Abe & Roxy's trailer with the new one parked up tight to their living room window. 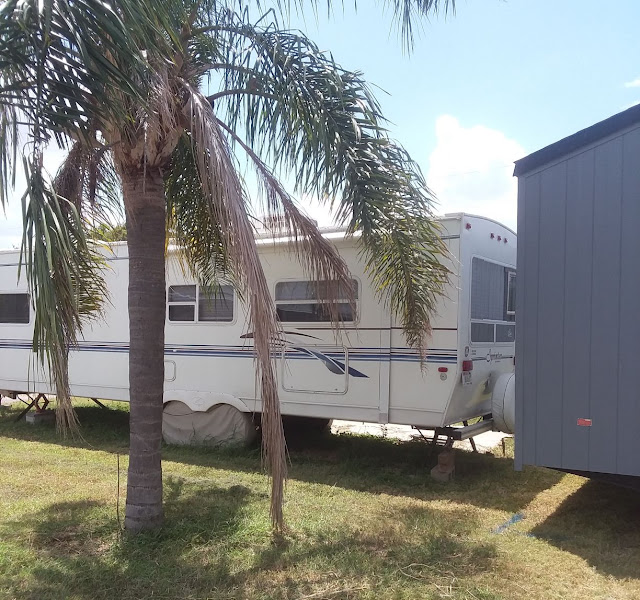 Posted by Deon Spangler at 8:53 PM