I have received some pictures showing how the new mobiles look now that they are parked, finished, and skirted and I do think they look nice. However, so much for the story that all reservations would be honored. We had reserved 409 and paid our $200 down but there is now a new mobile sitting on half of it. I imagine the one that is currently still sitting waiting to be parked most likely will be parked on the other half of the spot. Of course, when we reserved it the lots were running north and south. Now everything in the center of the park is running east and west. There are also a couple of other photos under the ones of all the new mobiles.

I do greatly appreciate the people who are taking time out of their day to take pictures and send them to me so that I can share them with you. Right now it is still extremely hot down in south Texas but I'm thinking it should cool off a little soon as in a couple of days it will be September. I had already posted this but I just read Donna's Ramblings which is the Rio Valley Blog and she states that another couple from Magnolia Park have bought a unit over at Rio Valley. Now I wonder, who else might be leaving Magnolia? That remains to be seen!


This is taken on Peach looking south. You can see how nice the mobiles look now that
they are all skirted. 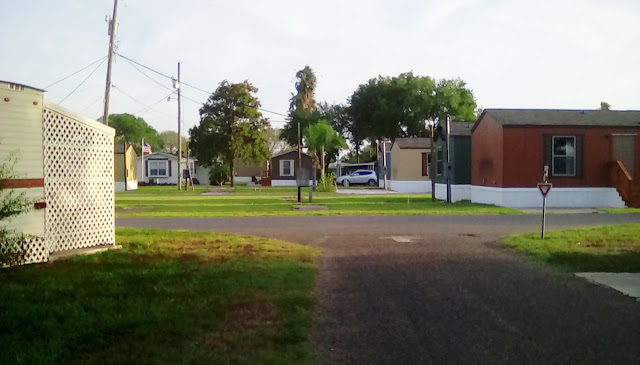 This is taken from Peach and Center looking east along Center Street. As of yet, it appears that Dave and Sue Greening's RV is still on their spot. 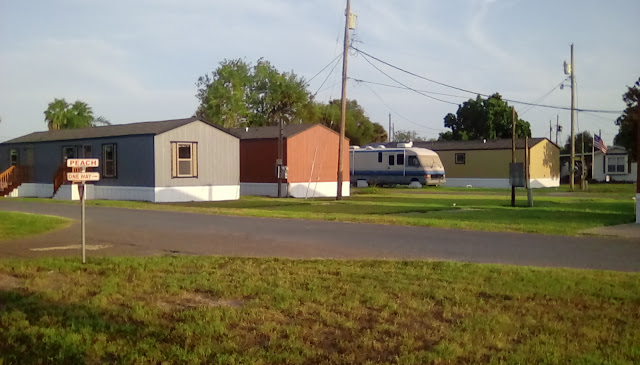 This is taken from the corner of Magnolia and Center looking at our spot. This mobile was just put in place and as you can see has not been skirted yet. It is on the south side of the lot facing Texas Street. So this one is actually on half of our spot and half of where Eichors were last season and before that, where Erv and Holly Hagen always parked. 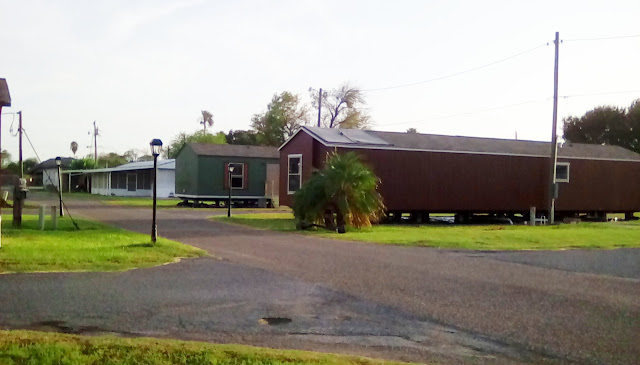 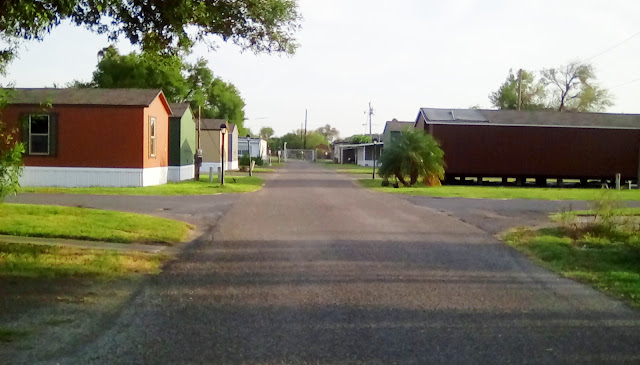 This is taken from the corner of Center and Aspen showing our spot and you can see the unit on George's spot as well as the one next to it. 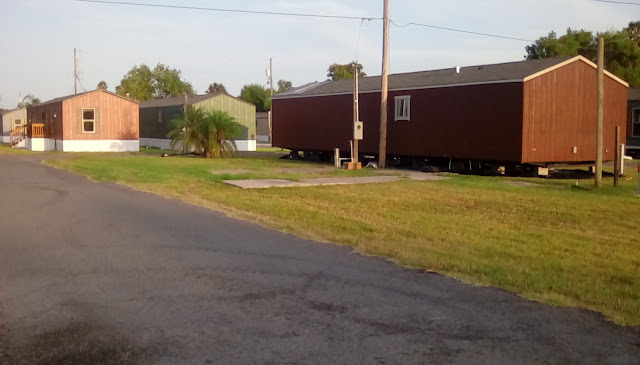 Marty Harper sent me these photos. She and Don are down in the park and this is the junk that is piled behind their mobile on the corner of Aspen and Center and behind what used to be Black's unit on the corner of Lime and Center. It is NOT Harper's junk! 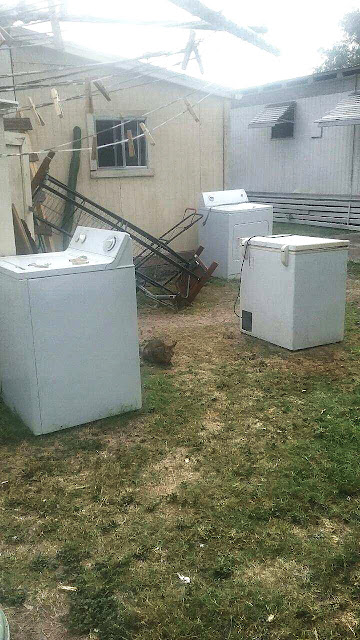 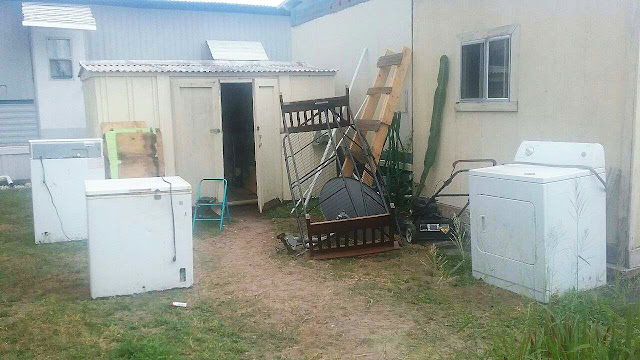 Posted by Deon Spangler at 9:36 PM