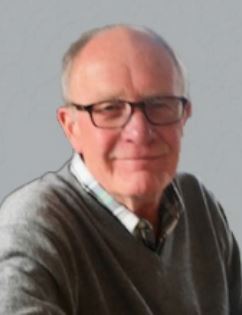 Warren William Stoner was born October 16, 1944, in Cedar Rapids, to Virgil and Jean (Minish) Stoner. He attended Mount Vernon High School. Activities he enjoyed included football, band, 4-H, and he loved showing cattle. He graduated in 1963, then attended Iowa State University for two years. He married Suzanne Roberts on October 7, 1967, and joined the Navy that December. Carmen joined their lives in October of 1977. After over 45 years of marriage, Suzanne passed away in 2013.

Warren began farming and raising Columbia sheep with his family. He then branched off to farm on his own. In the 1990’s he co-founded Cedar Valley Steel. Warren enjoyed the work he did creating buildings and structures and would often point out the many job sites he had helped to complete, including parts of Coral Ridge Mall and the Tree of Five Seasons in Cedar Rapids. He belonged to the Local 89 Ironworkers Union.

Warren was an active man, and couldn’t seem to sit still. When he wasn’t working, he enjoyed traveling, RV camping, mushroom hunting, and fishing, all while enjoying a good Budweiser. His favorite place on earth was the Iowa State Fair. He was passionate about showing livestock and made many lifelong friends who would reunite every year at the fair.

He married Margaret (Ellison) Duffy in Denver, Colorado, on September 17, 2016. They enjoyed visiting their condo in Punta Gorda, Florida, where they met many wonderful people from all over. Warren was a kind, reliable, generous, and overall good man. He will be missed by all who knew and loved him.

Warren was preceded in death by his parents; first wife, Suzanne; and brother, John Stoner.

Memorials may be directed to the Mount Vernon Alumni Association, the Iowa State Fair Blue Ribbon Foundation, or the Holden Comprehensive Cancer Center at the University of Iowa.

Warren and his wife Suzanne spent a few seasons in Magnolia Park.


Posted by Barbara Brooker at 8:28 PM