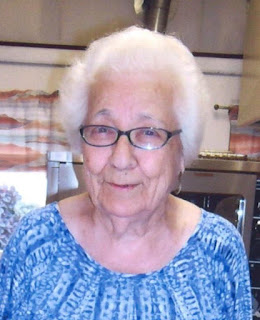 She was employed in the office at Iowa Sports Supply for 23 years, retiring in 1986. She was a member of First Presbyterian Church in Cedar Falls.

Memorial services: 2 p.m. Saturday, March 30, at First Presbyterian Church, with private inurnment in Cedar Valley Memorial Gardens, both in Cedar Falls. Visitation for one hour before services at the church. Richardson Funeral Service is assisting the family.

Memorials: may be directed to the church.

Condolences may be left at www.richardsonfuneralservice.com.
Posted by Barbara Brooker at 8:45 PM