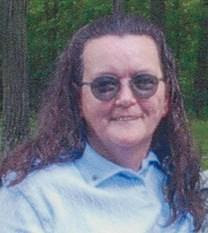 Sharon Kay Brewer, 67 of Bloomfield died Saturday, January 17, 2015 in her son's residence. She was born December 20, 1947 in New Castle, Indiana to Alonzo Sherman Lowe and Elizabeth Davis Lowe. She had been a custodian for Brown County Schools.

Memberships include, the Old Time Apostolic Church in Bloomfield and the Green County Right to Life. Her hobbies included spending time with her family, attending any function at her church, participating in the card ministry at church, playing board games, crocheting and quilting.

Funeral Services are scheduled for Wednesday, January 21, 2015 at 10:00 AM in Day & Deremiah-Frye Funeral Home, 4150 E Third St, Bloomington, with Brother Don Gardner and Brother Roy Vaught officiating. Burial will follow in Brick Church Cemetery, Hagerstown, Indiana. Visitation is scheduled for Tuesday, January 20, 2015 from 4:00 – 8:00 PM in the funeral home. If friends so desire, Memorial Contributions may be made to the American Lung Association of Indiana, Suite 1180-S, 115 W Washington St, Indianapolis, IN 46204.

Posted by Barbara Brooker at 10:48 AM