New Fence and Misc. Other Info


I have received some photos of the new fence that is going up at Magnolia Village. My first thought was, this isn't very secure. As I understand it, they have now added a 4' high woven wire fence behind the new vinyl one, It looks very nice but I would still wonder what would keep anyone from stepping on the rungs of the vinyl fence and hopping over it. I think even I could do that. Getting back out might not be so easy however. They are also replacing, or perhaps are done by now, the railroad ties (I think that's what they were) which were kind of on the north corner of Allen Hall. I'm not 100% clear on what it is, but what came to mind was big white slabs or something similar but I could be way off base on that.

Unfortunately I also have a picture of the overflowing dumpster again but see no reason to put that on the blog. It would seem there should be more than one dumpster with all the people who are now residents of Magnolia Village. I do remember, back in the day, not all that long ago when we had two dumpsters. I don't remember when it went to just one, but for a long time there were two.

I also do know that a lot of people are taking a kind of wait-and-see attitude but at the same time are actively checking out other parks. The RV restrooms and showers are closed as they are every summer and I do know that the sign that was put up about that had to be in both English and Spanish. It stated that this is now the off-season and those restrooms are just for RVers. 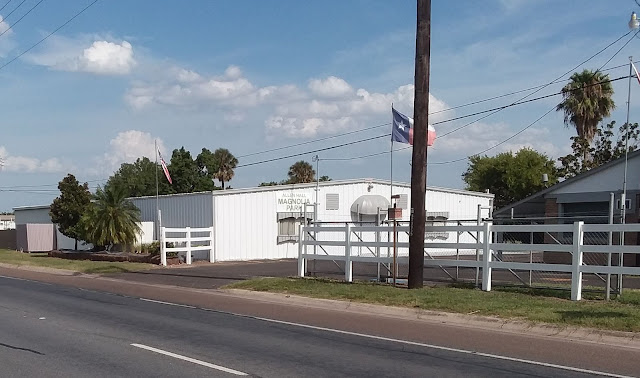 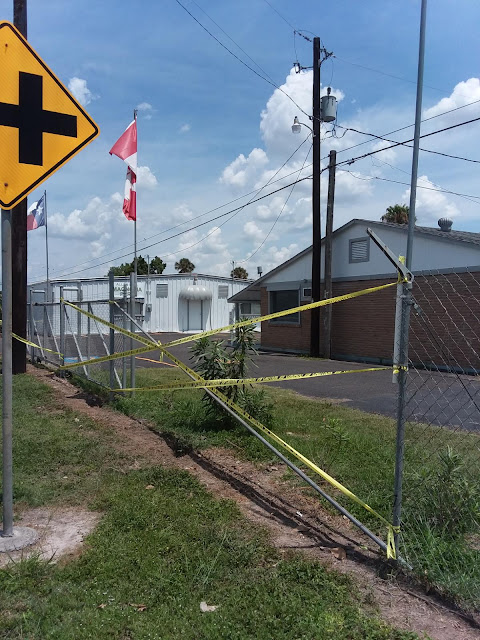 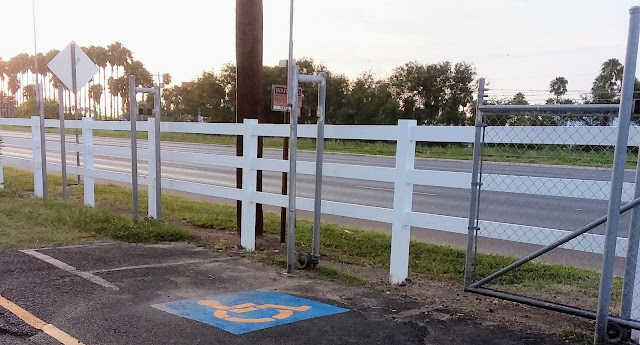 Posted by Deon Spangler at 8:46 PM