Last week I asked the trivia group if they wanted to have a trivia session even though it was Super Bowl Sunday. There were only two who were going to be absent so we continued. We had 4 teams and a good time was had by all. For the first time, we had a tie. A newly formed team named Team Rug Rats tied with Team The Bills each having 132 points. They decided to remain tied and stand as duo winners. 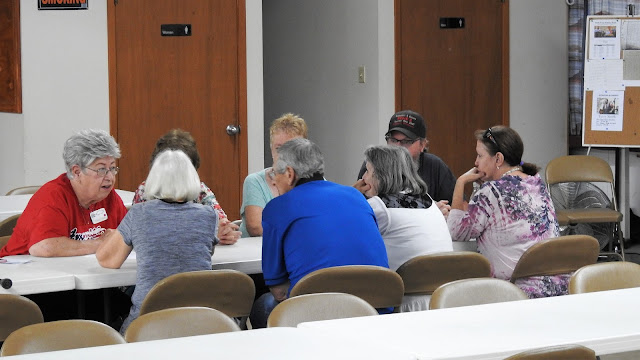 I think someone should form a team called 'Furrowed Brows'.
Posted by Barbara Brooker at 7:34 AM