These photo's were taken way back (2009?) when we could go across the Rio Grande by a hand pulled ferry. So we took a a bike ride to Los Ebonos after using the ferry to cross the river. Los Ebonos is a small village in Mexico quite near the border. It is pretty much untouched by tourism so it is more a flavor of the real Mexico. Tourists are not catered to there and in fact viewed with suspicion. We all paid different prices for the same food because the merchants did not know how to convert and of course we too only had a rough idea. This trip is not possible now, or at least last I knew it wasn't, due to drug cartel activity and other dangers such as kidnapping. Doris and Judy looking over fabric. 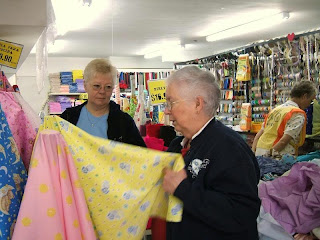 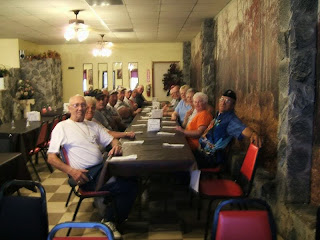 The bike group met at a restaurant in Mission that featured a giant hamburger that was then cut with a machete. 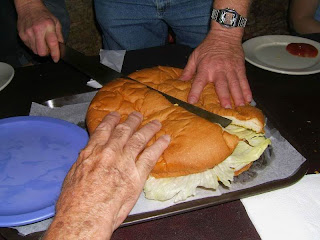 Posted by Barbara Brooker at 9:47 AM