Marinus and his wife JoAnne lived on the north end of Lime-street, behind where the VanHouwelings currently live. 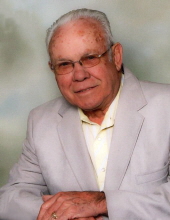 MARINUS JAMES CROSS was born on April 9, 1935, to Clarence and Millie (Sexton) Cross in Mitchell, South Dakota. Marinus was raised by his step-mother, Anna (Nelson) Cross, after his mother, Millie, died when he was four years old. Marinus grew up and lived in Mitchell until he was 16 years old. On May 24, 1952, Marinus was united in marriage to JoAnn Vermeer at the First Baptist Church in Luverne, Minnesota. Following their marriage, the couple lived in Leota, Minnesota, Magnolia, Minnesota, and finally, Luverne. To their union, Marinus and Jo Ann were blessed with four children. Marinus was employed from 1952 to 1962 by Peter Kooimann who farmed. From 1962 to 1982, he worked for Pat’s Plumbing and Heating as a plumber. In 1982, Marinus began his own business Cross & Son Construction which he operated until his retirement in 2002. In February 2010, he and JoAnn moved into Luverne and made their home.

On Monday, October 8, 2018, while at the Sanford Luverne Hospice Cottage, Marinus went to be with his Lord at the age of 83 years, 5 months and 29 days.