I do not ask what year because I know, I am asking because I do not know! These two photos are from that trip that a group of Magnolia people enjoyed. It was back in the days when Mexico was a bit less like the wild, wild west of the past. It did seem a bit unsafe even then, especially after Leslie had her billfold stolen right out of her purse while she was "wearing" it. We did not know Monterey was the pickpocket capital of Mexico until after this incident. It was an adventure. Isn't that what traveling is supposed to be? 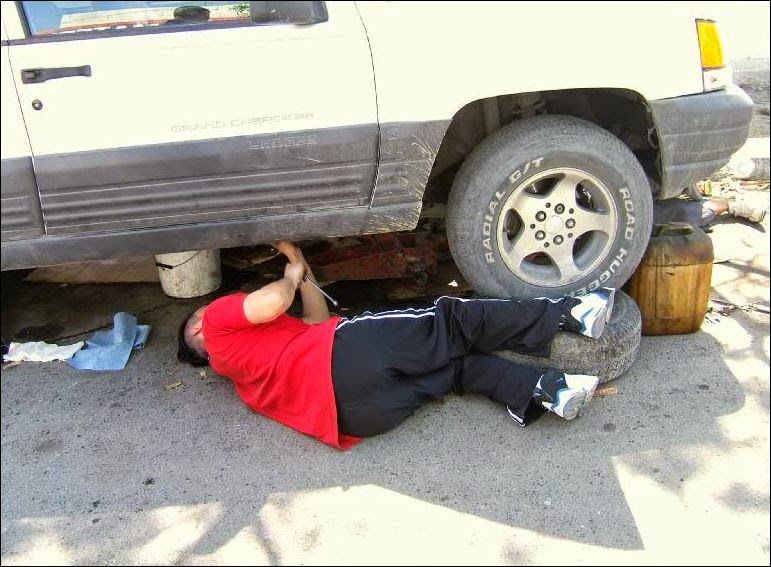 This unknown fellow was doing tire repair on the street. Who needs a jack? 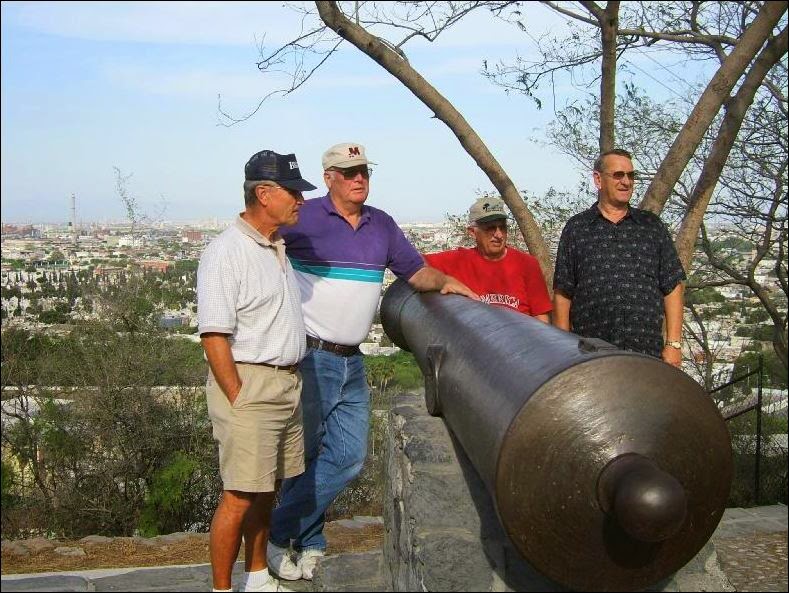 Butch, Jim V.,Dave B. and Dick C. enjoying the Monterey countryside.
So I am hoping the folks who were on this trip will be able to let me know what year that was.

Posted by Barbara Brooker at 3:03 PM