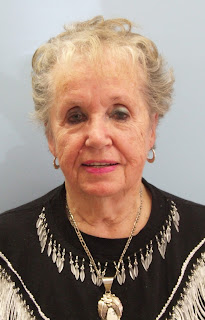 Joan Ellen (Plummer) Kent, age 87, of Donna, TX formerly of Battle Creek, Michigan passed away Tuesday, June 4, 2013 while spending the summer with her kids and 7 grandchildren. She was born June 1, 1926 in Bluffton, Indiana. She married John B. Kent on November 30, 1946 while working at Percy Jones Hospital in Battle Creek. She is in the Michigan Bowler Hall of Fame, the Texas Country Music Hall of Fame and was the only woman voted in. While living in the Rio Grande Valley, Texas, she enjoyed going to different parks for jam sessions. She had been playing Country Music since 1936. She loved sewing, making quilts, and her cat. Joan and John traveled the country with her motor home for many years after retirement.
Mom and dad had a band ‘The Kountry Kousins’ for approximately 30 years that performed all around Michigan and Indiana until they became full-time Texans in 2006. She retired from Eaton’s in Marshall Michigan in the mid 80’s.
She was preceded in death by her husband John B. Kent of 64 years; her parents; brother, Tennis Bud Plummer; and sister, Betty Plummer (Butts). She is survived by 3 children, Michael John (Virginia) Kent, Patrick Allen (Barbara) Kent, Jonette Marie Kent; 7 grandchildren, John (Paula) Kent, Jamie (Valerie) Kent, Kristy Harter, Tom (Michelle) Kent, Duane (Carry) Kent, Danielle (Michael) Kent, Jason (Michelle) Wyceff; 18 grandchildren and her beloved cat “Mandy”.
Posted by Barbara Brooker at 9:52 PM