Richard L. Hannewald "Together Again" Richard L. Hannewald, our dad and grandpa, joined Jesus and the love of his life, Dorothy Ellen, on May 31, 2013. He was born August 6, 1921, in Stockbridge, the son of George and Nellie (Moorman) Hannewald. Richard graduated from Benzonia High School in 1939. He then joined the Army Air Corps where he became a pilot and flight instructor during World War II. On October 21, 1944, Richard married Dorothy Ellen Johnson. He worked for General Motors in Lansing for 30 years. Richard and Dorothy retired to the Betsie River, in Thompsonville, for the summers and to Magnolia Park in Donna, Texas during the winters. They had many friends in both places that they dearly loved. Richard is survived by: his daughter, Judy (Dave) Mathews of Norton, Ohio; his son, Richard Hannewald II of Thompsonville; 5 grandchildren, Monique (Tony) Trevino, Michael Mataya, Matthew Mataya, David (Deanna) Mathews and Daniel (Kitti) Hannewald; 7 great-grandchildren, Danielle (Clinton) Taylor, Stormy Mataya, Dalanie Mathews, Dayna Mathews, Dallas Mathews, Gavin Hannewald and Cody Hannewald; 1 great-great-granddaughter, Ada Marie Taylor; and 2 sisters, Kathleen Ward and Ginny (Larry) Hale. Richard was preceded in death by: his parents; his wife, Dorothy; his sister, Rose Marie Sarns; and his brother, Robert Hannewald. A memorial service will be held for both Richard and Dorothy at a later date in Lansing. The family would like to thank the staff of the Homesteader Assisted Living Facility for their loving care of our Dad and Grandpa. The Bennett-Barz Funeral Home, in Beulah, is in charge of arrangements.Published in Lansing State Journal on June 5, 2013 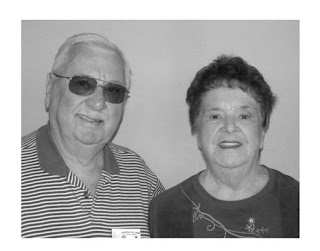 Posted by Barbara Brooker at 8:09 AM