Things are picking up in the park as more people are arriving after Thanksgiving. The Christmas Parade will be on the 11th beginning at 4:30 PM lining up facing east in front of the blue hall. The parade will be followed by a Subway supper in Allen Hall. This has become a tradition at Magnolia Park. Get your thinking caps on and decorate something up so you too can be an entry in the parade.

Santa with his cigar- My best guess is this was taken in the 2006 parade. I know who Santa is but do you? 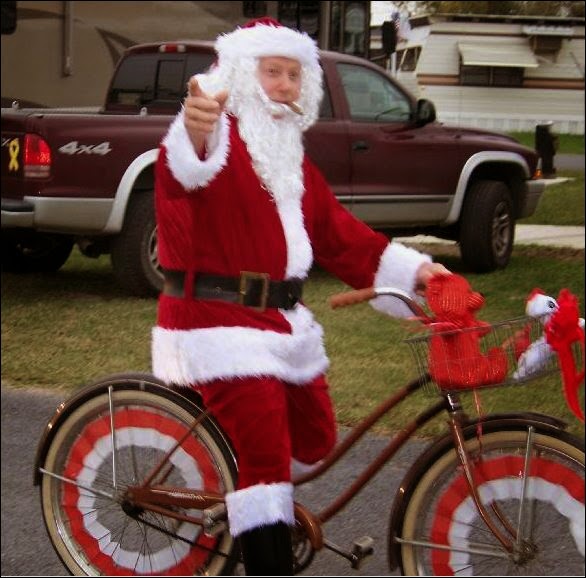 Posted by Barbara Brooker at 3:26 PM